My First Friends Nursery meeting the Mayor of Brighton

All last week the children have been making a poppy wreath, a poppy on a lollipop stick and poppy biscuits. This was to mark the 100 years. To make the poppy wreath the children used cup cake cases and painted them red. They then used bubble wrap and printed a green leaf on a piece of paper. They then cut the leaves out and stuck it on the wreath. 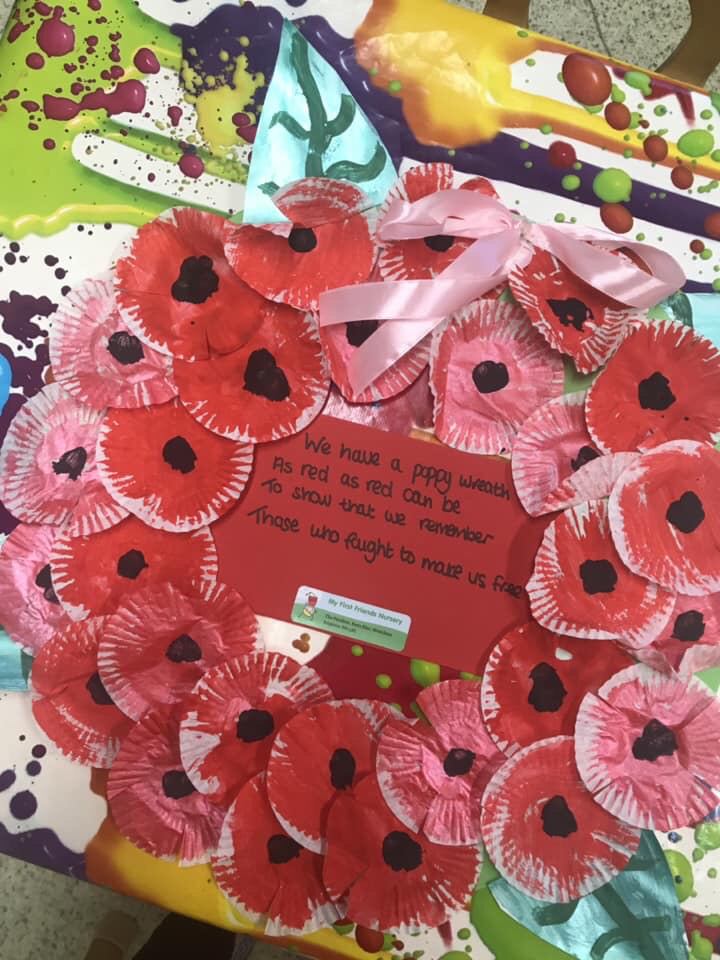 On Wednesday 7th November the children were invited to see the Mayor of Brighton and to hand over the wreath that they made. The children also made a thank you card and had a posey for the Mayor. When the children arrived at the Mayors Office they had water/juice and some chocolate. 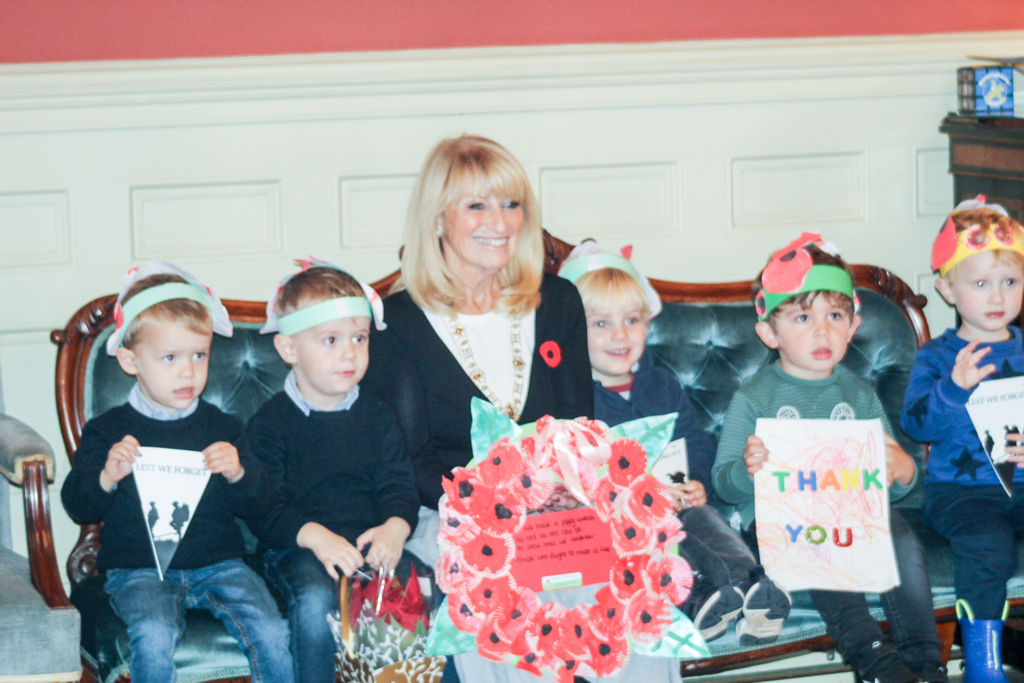 During the visit with the Mayor the children spotted dolphins on her necklace and then went round the room spotting dolphins. They then saw a photo of Queen Elizabeth and Prince Philip then a marble head of Queen Victoria. Some of the children talked about Paw Patrol, Peppa Pig and the famous baby shark ! The children then tried on the Mayors hat and looked at the cabinet full of expensive tea pots. Two children asked if they can see the mayors office which she then let them look round. The children looked at the red cloak that the Mayor has to wear but were interested with the stuffed dog she had on the cabinet.


When the visit was over we thanked the mayor for letting us come in to see her office, she kindly gave the children a I met the mayor badge. The Mayor said she will show the wreath to the veterans on 11th November when they have tea with her.
The children also got to take a look at the war memorial down at the Old Steine where they paid their respects but also they saw a poppy wreath laying on the statue. During the visit in town the children spotted some more wreaths laying down by the Royal Pavilion. 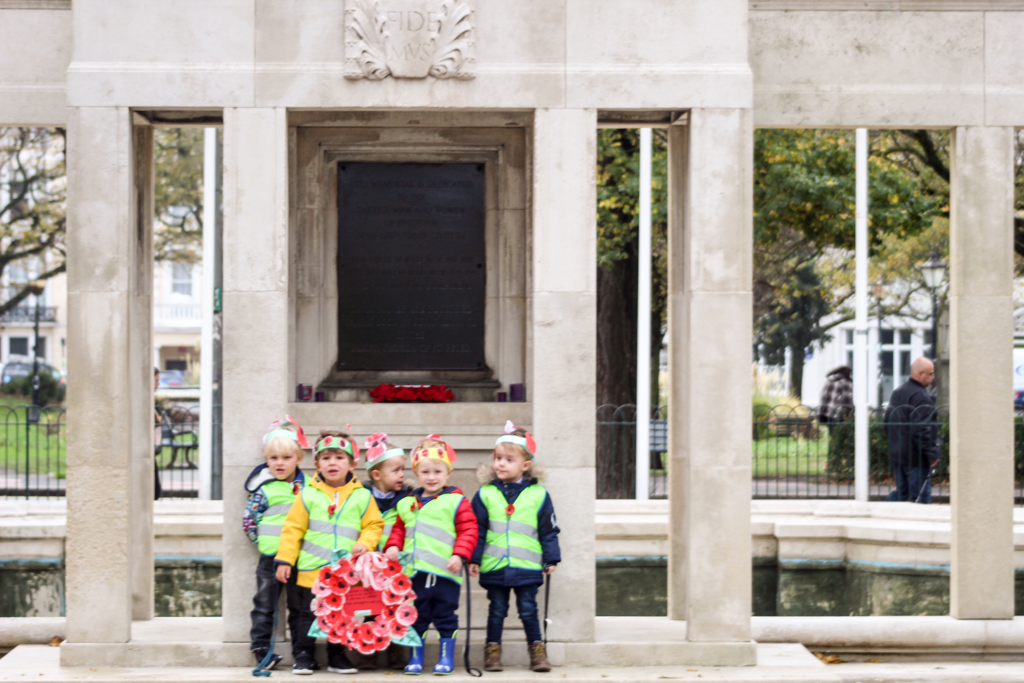 We would like to thank the Mayor of Brighton and her staff at Brighton Town Hall for making us all feel welcomed. We have enjoyed meeting you all.